Our corporation was set up at the beginning of the 70s, back in the last century when José Majós started running his Graphic Design business, which he specially targeted at the Pharmaceutical Industry.

The 70s: Maculart’s workshop moves to new 450-sq.m business premises at the industrial area of La Mina, in Sant Adria Del Besos, Barcelona. It was there where the first offset machine from Heidelberg was installed in order to improve the quality and swiftness of the service rendered to the customers.

1984: an Incorporated Society is constituted with the name of Gràfiques Maculart. It was then that the continuous improvement and growth path started, known by taking great care of the minute details in pursuit of excellence.

The 90s: the Majós sons get involved in the running of the business. David is going to run the technical office and Albert the sales department.

1999: we get certified for ISO norms and implement a SGI (Integrated Management System) which allows Gràfiques Maculart to continue growing in an organised and efficient way, always in keeping with the pharmaceutical industry requirements.

2003: Gràfiques Maculart incorporates die cutting and gluing machinery among their equipment in order to offer a global and comprehensive service, and have control over the finished product.

2006: Gràfiques Maculart moves to Cerdanyola del Valles so as to be able to increase their production output and push forward their contingent of design and preprint services. This new step led by Albert Majós is noticeably characterised by an innovating personality and follows the investment strategy initiated by their founding father. 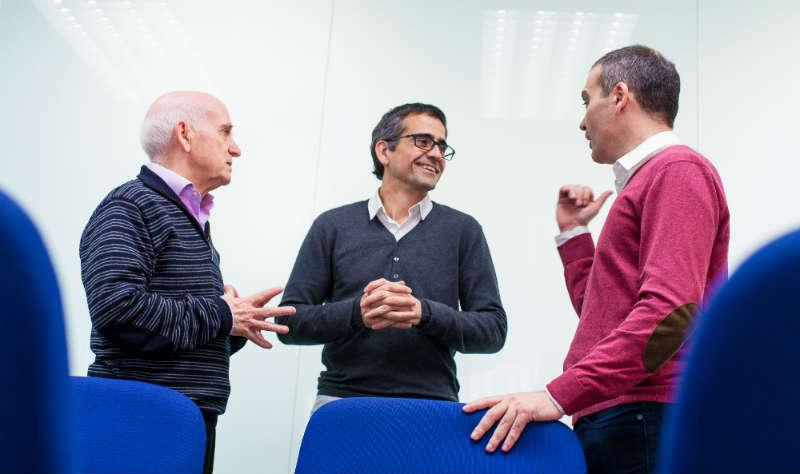 From left to right: Mr. José Majos and his sons, Albert and David

At the same time Grup Maculart creates its POS displays division to respond to a need for pharmaceutical OTC products to be publicised to the general public.

Innovation and a constant growth have been the leading thread of Grup Maculart history for over 50 years.

2016: Grup Maculart acquires Estoig Farmacéutic S.L, company specialized in pharmaceutical packaging. Its employees and machines are integrated to the group and grown the production capacity. This acquisition has allowed a growth in 2016 to reach the figure of 69 million packaging and 77 million leaflets produced.

2017: Grup Maculart is following the investment policy to improve its productive system and increase its production capability.

Those machines are part of the continue growth of the company.